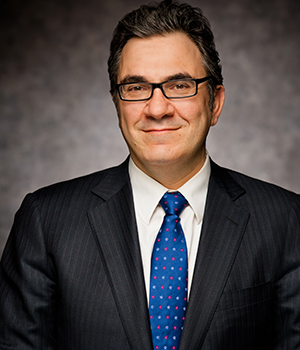 John Fellas
Partner
John Fellas
Hughes Hubbard & Reed
Brief Introduction
John Fellas is a partner in the New York office of Hughes Hubbard & Reed LLP, and co-chair of its Arbitration Practice and International Practice.
Mr. Fellas has practiced in both the U.S. and England, and as well as being a member of the New York Bar, he is also a Solicitor of the Supreme Court of England and Wales. He has served as counsel, and as chair, sole arbitrator and co-arbitrator, in arbitrations under the AAA, ICC, LCIA, UNICTRAL, ICDR, SIAC and ad hoc rules.
He has been recognized for his practice in international arbitration by: Who’s Who Legal – The International Who’s Who Of Business Lawyers; Chambers USA - Guide to America’s Leading Business Lawyers; Chambers Global; The Best Lawyers In America; Euromoney Expert Guides -- Best of the Best USA. Chambers Global and Chambers USA have noted that he is “a wonderful lawyer with very thorough legal knowledge,” and that he is “one of the best--his reputation is phenomenal and deserved.”
He is co-editor of International Commercial Arbitration in New York (Oxford University Press 2d edition 2016).
He received a B.A. (Hons.) from the University of Durham, England, and both an LL.M. and an S.J.D. from the Harvard Law School.
Organizing Committee Information
Organizing Committee Address：16-17/F, China Merchants Tower, No.118 Jian Guo Road, Chaoyang District, Beijing, China
Organizing Committee Tel：+86 010 6566 9856、+86 010 6566 9854
Organizing Committee Email：annualreport@bjac.org.cn,Post Code：100022
Site Navigation